And so I did it… I attempted making cake pops. I must say, it will take a couple tries and maybe a couple extra hands to truly make them magical. But, as first runs go… This was pretty awesome. The entire process takes some time and was a bit overwhelming at first, but as I settled in and let myself sink into the baking, well the joy took over.
The recipe suggested cooking the cake and letting it cool overnight so I did just that. This morning I crumbled and mixed the icing prior to running errands so that the mix could spend the day in the fridge, wise choice I believe. When we arrived home I started rolling the balls and placing the sticks. 15 minutes in the freezer, dinner for a baby and melting the vanilla melts later… and we were creating the final product. This process took the longest time and many cake pops landed in the trash. There is a balance between the size of the cake pop and how far it is placed within the ball itself (another lesson learned through the process). The initial decorated pops looked like a bit too much effort was made, but by the final pops, I had sunk into my groove.
My suggestions… Take this adventure in steps. It would take an entire day otherwise and what mom has that time. Make the cake one day. Mix and cool at another time. Finally, when you have free time and focus… Decorate. I look forward to mastering this as it is also a fabulous way to portion control for my tiny human. 🙂

On to the photos of the magic in action… 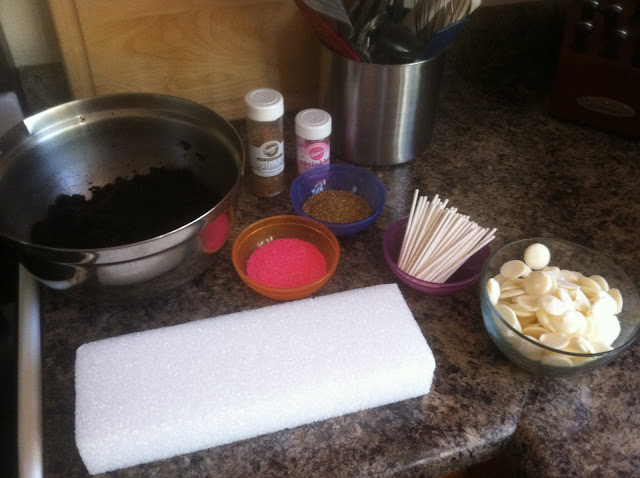 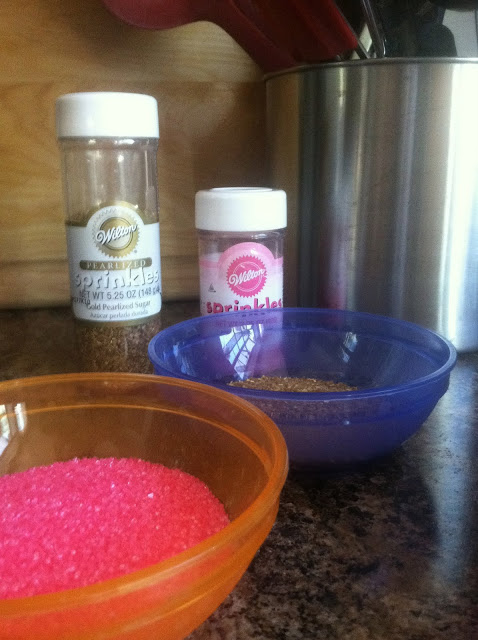 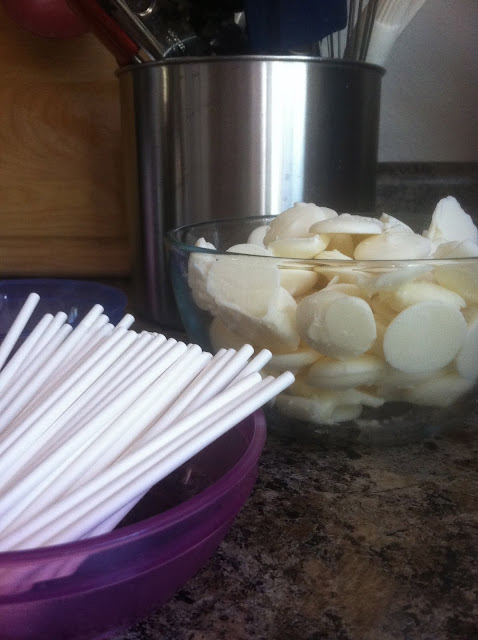 Prep is under way 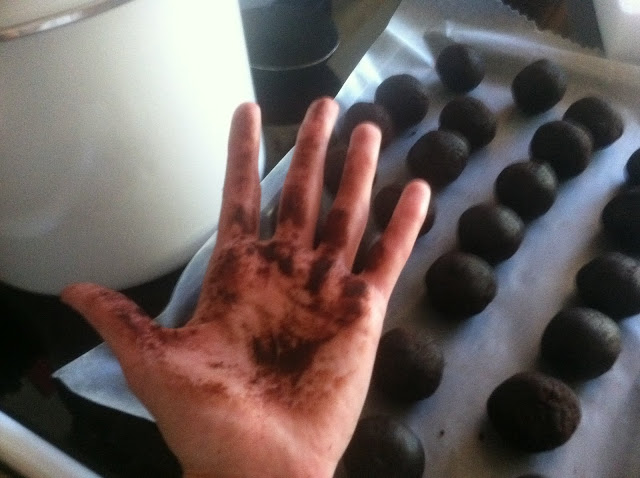 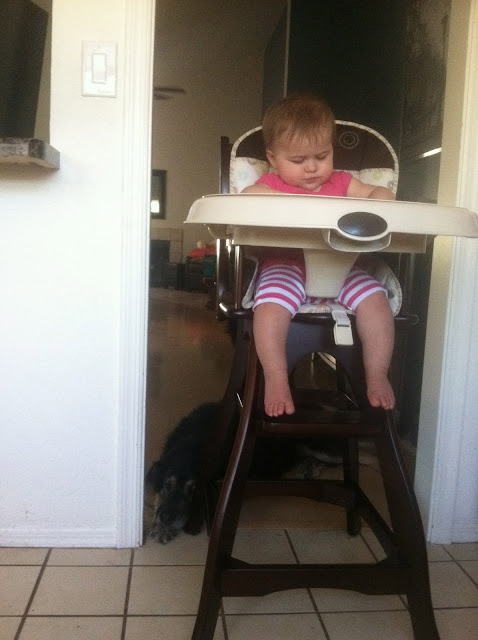 The babe and the pup ensured I made magic 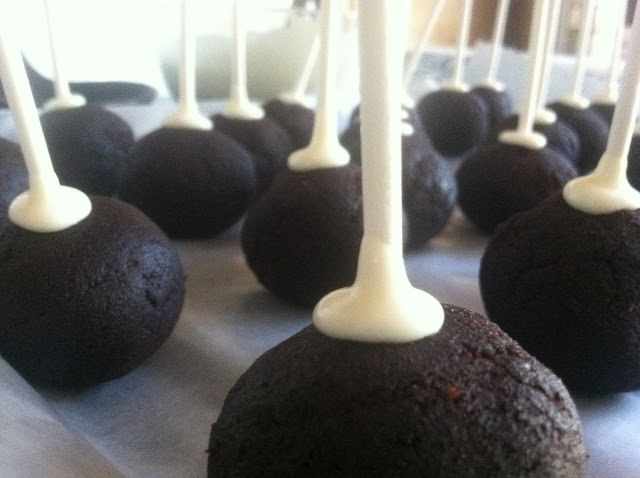 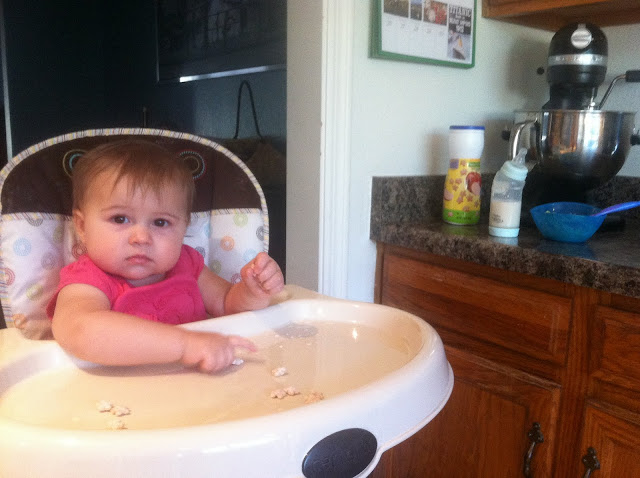 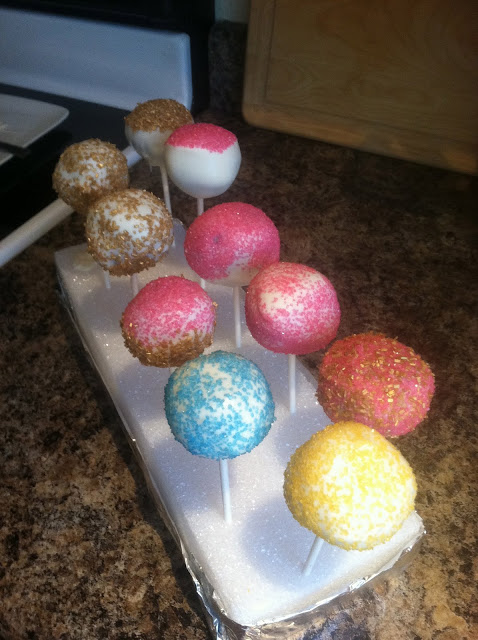 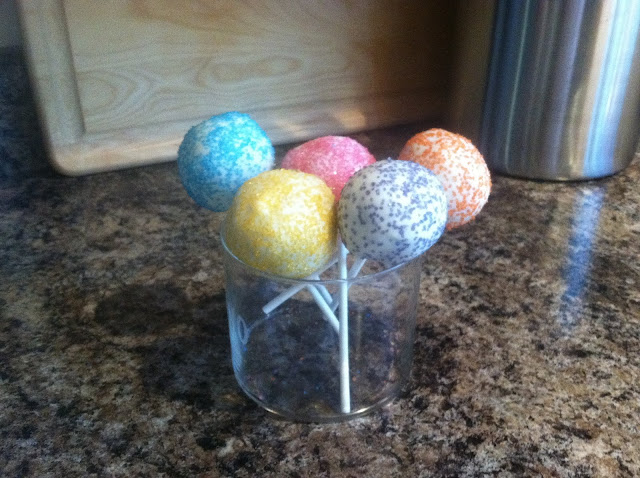