There is nothing better than cows, milk, the Easter bunny and an egg hunt to make a perfect Saturday morning with dear friends an adventure.

My friend L and I decided on a whim, kind of, that we were going to take an adventure to Shamrock Farms. It was Easter weekend and there is no better way to celebrate than a trip to a farm that includes an egg hunt. It was one of those spontaneous decision. One of those moments where an opportunity presents itself and we took said opportunity.

The adventure started early in the morning with a stop to get coffee and bagels before our hour long drive to the farm. The kiddos car seats were placed, milk in hand and breakfast underway. The journey there was an enjoyable one of two childhood friends catching up while our sweet babies sat in the back seat. The babes ate some bagel bites, drank milk, watched some TV on the iPad and gazed out the window at the changing scenery. Us mamas ate, caught up and laughed through our journey. 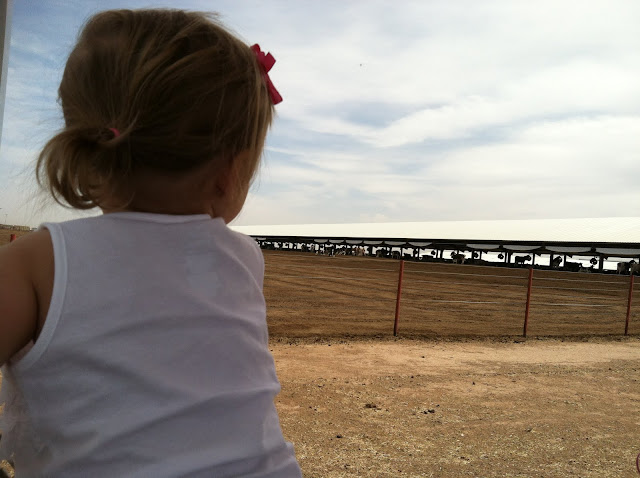 We arrived at Shamrock Farms and our kiddos were on the loose. Running to the barn, climbing on the hay and pointing the cows out in the distance. There is something to be said about two mamas taking two kiddos, under the age of 2 to a farm. The ease of controlling said kiddos and obeying all rules, well, there is no ease, it just doesn’t happen. Their little hooves were on the stage where no hooves were meant to be. Nearly every toy in the gift shop was touched, tested and maybe even bit or sucked on. Every corner of the barn was explored and seen by our littles.

Then the tour began. It must be noted that this day was a nearly perfect day. The weather warm, but not hot, with a slightly cool breeze and clear skies. We were driven past cows, many many cows. And hay, stacks and stacks of hay. We rode past the park and to the milking barn. Here the littles got to see cows lining up to get milked and the process by which the milking happens. They then ran in circles as the educational video played. Again, it must be noted that two kiddos under 2 are mighty difficult to control, on a farm no less. We headed to the park to hunt eggs. The egg hunt was a great success, but the ability to run, climb and play was needed. Both babes released some energy and the journey to meet baby cows was on. We stopped to meet baby Roxie and headed to the petting portion of the trip. Both kiddos put on their protective gloves and attempted to befriend the baby cows. 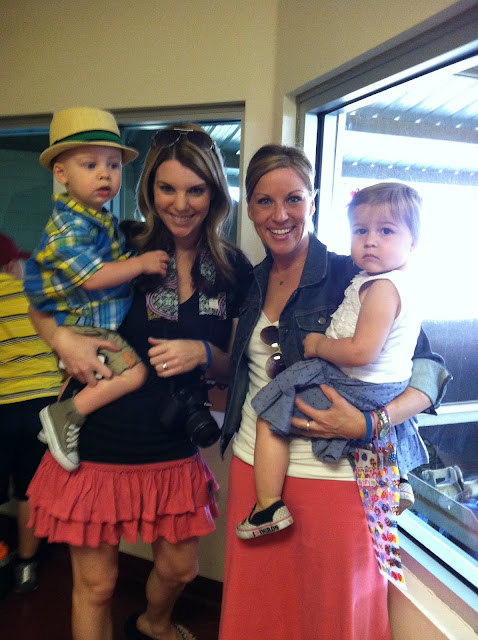 It was sweet watching our two littles navigate through the farm and the farm tour. It was wonderful watching their eyes light up and neat to see the exploration and curiosity in their eyes. Two littles under 2, full of energy and personality, had an awesome day playing together. That is all a mama can ask for, moments to watch your babe thrive. 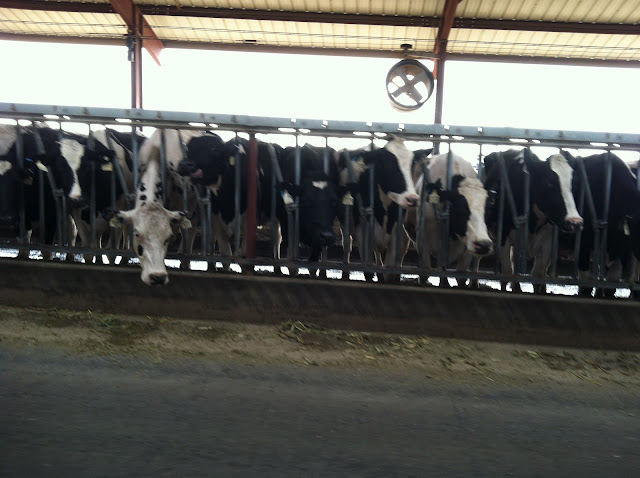 It was a beautiful day with an amazing friend and two small tots enjoying the journey. 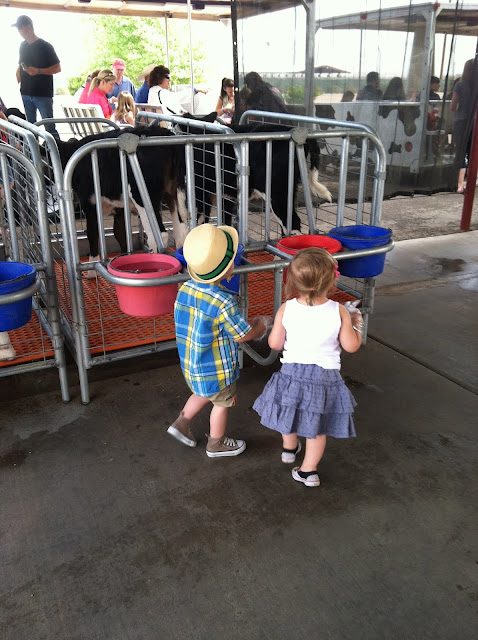 NOTE: this adventure occurred on April 7, 2012. The post has been delayed by life… However, the memories are incredible.