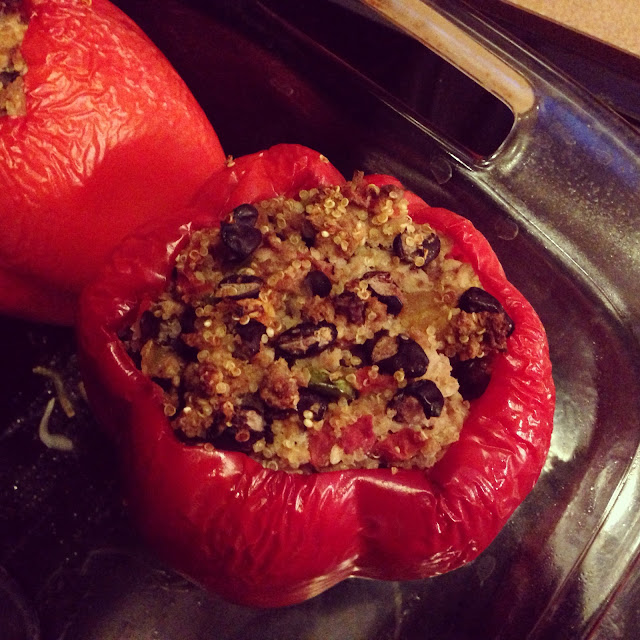 Eating Clean is actually a lot more fun and tasty than I could have ever predicted. However, it is also hard work. Planning. Preparing. Packing. However, I have been blessed with a supportive circle. And many friends who I never “knew” ate clean, do, so I am equipped with recipe after recipe. This is a recipe I received from my dear friend A to help me get started… It was delicious, filling and made so much we accomplished eating three different meals from the filling alone. Delish.

If doesn’t take much to prepare, but here goes the good stuff.

When peppers are done cooking, let stand momentarily while preparing plates. I topped my pepper with low fat shredded cheese and a dollop of plain greek yogurt. I also add generous portions of Frank’s Red Hot Sauce. I like me a spicy pepper.

This dinner was insanely good. Packed with flavor and veggies, very filling and so satisfying. We baked 4 peppers and both ate the left-overs for lunch the following day. The remaining filling was used in burritos on Saturday for lunch. We warmed the mixture and stuffed an Ezekiel wrap, topped the burritos with plain greek yogurt and Frank’s Red Hot Sauce. 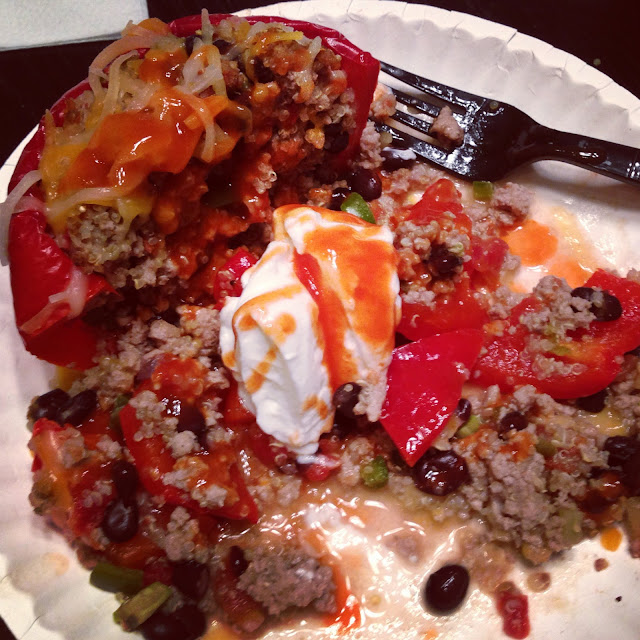